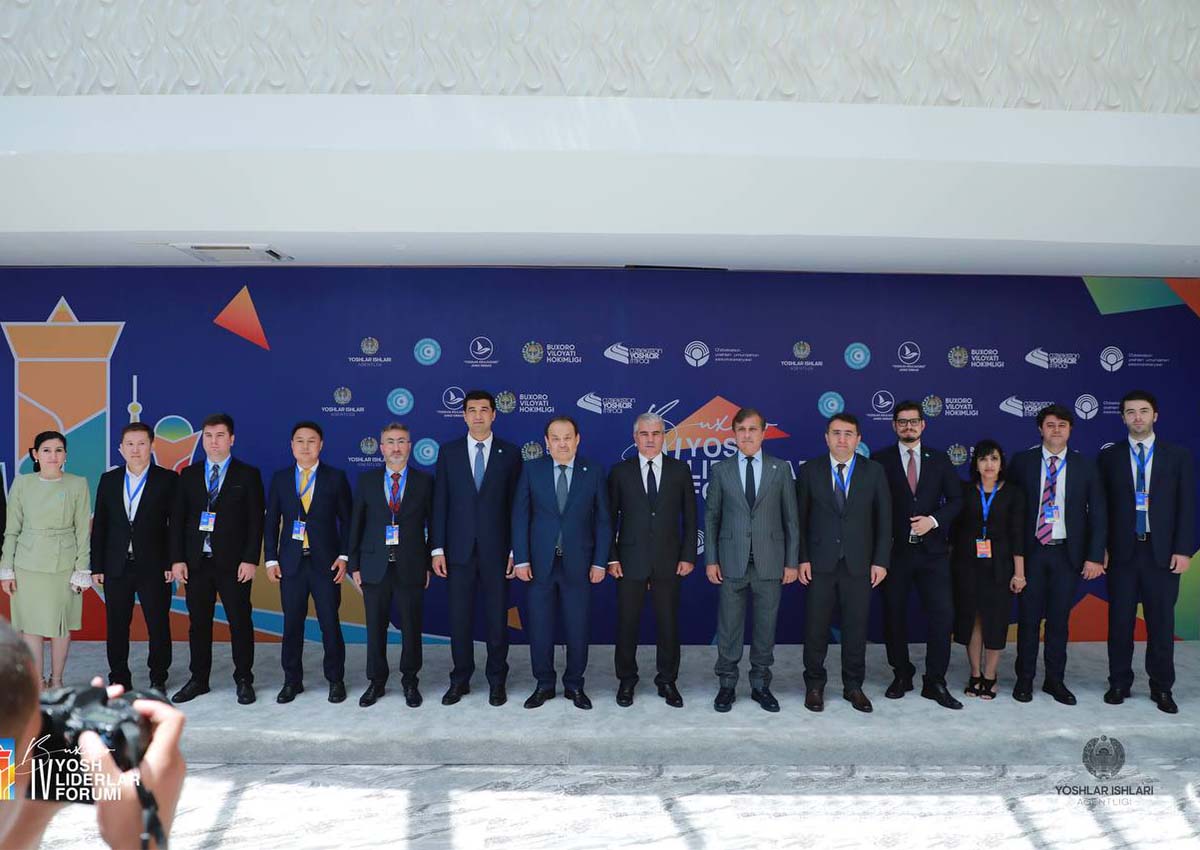 The 4th Youth Leadership Forum of the Organization of Turkic States was held in Bukhara, the youth capital of the Turkic countries.

Chairman of the National Council of Youth Organizations Azer Aliyev addressed the opening ceremony on the first day of the forum, followed by the first session on "Social Entrepreneurship - Business and Media". Enactus Azerbaijan Program Director Rashad Zeynalov and blogger Jala Alakbarova attended the session as speakers.

In parallel, the session on "Culture, Art and Sports" was attended by the chairman of the World Union of Young Turkish Writers Intigam Javanshir, members of the "Debate in Civil Society" Public Union  Nijat Safarov, Ali Abdullazade, Emil Zadayev, as well as chairman of the "For Democratic Azerbaijan" Youth Public Union Elmaddin Behbud made a speech.

Within the framework of the forum, a tree was planted together with representatives from Turkish countries and the sights and historical sites of Bukhara were visited.

On the last day of the forum, young people from Turkish countries met with Selcuk Bayraktar.

The forum was organized in accordance with the decision of the fifth meeting of the Ministers of Youth and Sports of the Organization of Turkic States, held on September 20, 2021 in Uzbekistan.

The First Forum of Young Leaders of the Organization of Turkic States was held in Nakhchivan in 2018.